AIDS Denialism and where it got us. ARVs and where they got us today. And Twars

Last week I engaged an AIDS denialist in debate on Twitter 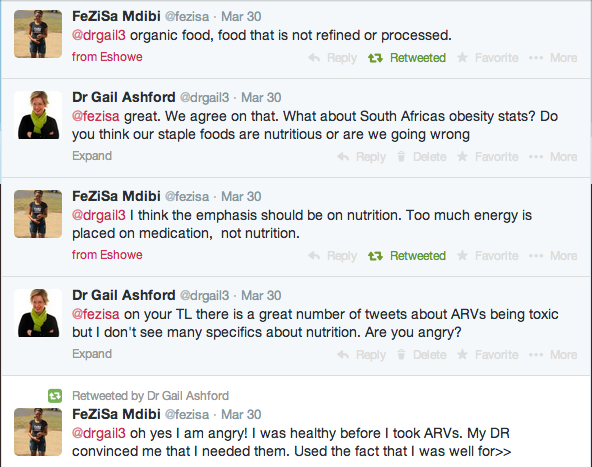 It all started out ok, but then her anger appeared to take over, and she lost all sense of temper and humour and became attacking. The Doctors were all to blame for the deaths, and ex-President Thabo Mbeki and Minister Msimang were absolved of all wrongdoing (even though it was they who elected to bring in the cheaper and more toxic drug D4T as the first line treatment)  and were heralded as the heroes. The fact that the WHO and UNAIDS report has estimated over 375000 people's direct deaths were related to the delays in accessing ARV treatment owing to these two people, seems to have escaped this lady. 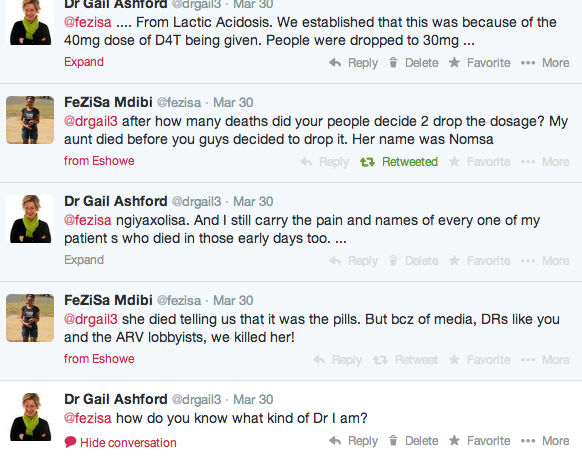 This lady states that she believes nutrition is the answer, and yet if you read her Time line on Twitter, there is almost no content about nutrition. She spends her time convincing people that HIV and AIDS do not exist. Her time goes toward telling people how toxic the medications are and how people die from ARVs. My question is, how constructive is this? She is so busy being AGAINST something, that she is not actually standing FOR anything? 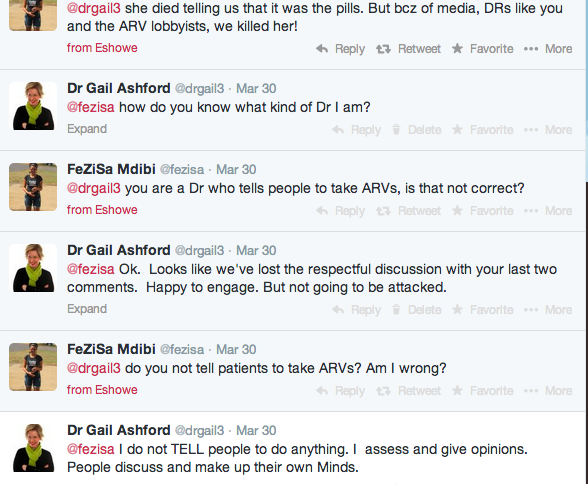 To paraphrase a good saying: "Fools are always 100% certain, and wise people are always filled with doubt". When you see someone standing with such vehemence and venom to denounce something, yet they stand FOR nothing, it should make you question them. 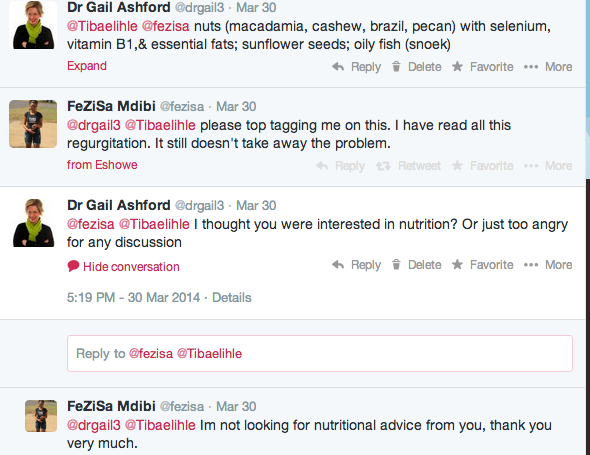 I am honest about ARVs. They DO have side effects, and in the past, the side effects were worse. But, I believe in being pro-active. My patients will tell you that we spend a great deal of time discussing metabolic health, and optimising their nutrition, encouraging exercise and other factors in overall health. All these are very important in helping to maintain good health, and prevent the long term side effects that ANY, chronic medicine (including asthma, diabetes, blood pressure medicines) will carry with it.

But, I do believe that there is a virus called the HIV, and that it does weaken the immune system over time. And at some stage, if we are not vigilant, the immune system may become so weak that it is vulnerable to infections like TB, thrush, certain cancers. These may appear, and classify as AIDS. But this is preventable. By monitoring the immune system and the Viral load in the blood, by optimising health, and by starting ARV treatment early enough.

ARVs have got us to a point today, where an HIV positive person
1) looks the same as an HIV negative person (you cannot tell the difference by looking at someone)
2) has a good life expectancy, and can achieve normal life expectancy if starting treatment early enough
3) can have a normal family life (i.e. can marry, have children, raise children, be there for the birth of grandchildren)
4) can have a normal pregnancy, a normal delivery and can breastfeed. YES, can breastfeed. And have HIV negative children
5) can fall in love with and have a full intimate sex life with an HIV negative person without ever infecting the partner.

Have something to say? Speak out here