Lesego Motsepe disclosed her HIV status on 1 december. She has been living with the virus for 13 years.
What a wonderful and courageous statement to make.

what a difference could be made to the world, if every 1 December, the world could shed a further layer of stigma by disclosing hiv negative and positive status. I would like to see us move to a society where the shame is in not knowing one's status, the plus or minus sign after HIV could become irrelevant as they both indicate self-awareness, a willingness to take responsibility for health, and a respect for other human beings that the shield of ignorance cannot convey.

Bear with me as I walk you through an image. 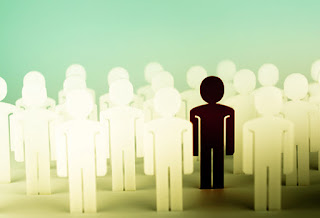 Imagine a photo of 20 people . There is probably one person in that crowd that looks ill. This is probably the 'typical AIDS appearance' that we associate with as the face of AIDS. What most people do, when looking at the other 19 healthy and 'normal' people, is assume that they are HIV negative.

What we need to move to is a scenario where one views the other 19 people and simply thinks "hmmm... healthy people, could be negative, could be positive, who knows." But, for that perception shift to happen we need some of those healthy, vital and well people to step up and say "hey, guess what? I'm positive, living well, looking forward to my future, and completely normal." Only then, will we see the focus move away from the poster stereotype of "AIDS" and all the connotations the word has, to a sense of normality and 'indifference'. It's funny, but that is exactly the word I would like to see us use to describe people who are negative or positive: indifferent. 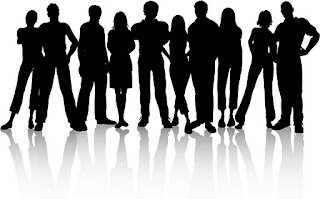 Have something to say? Speak out here